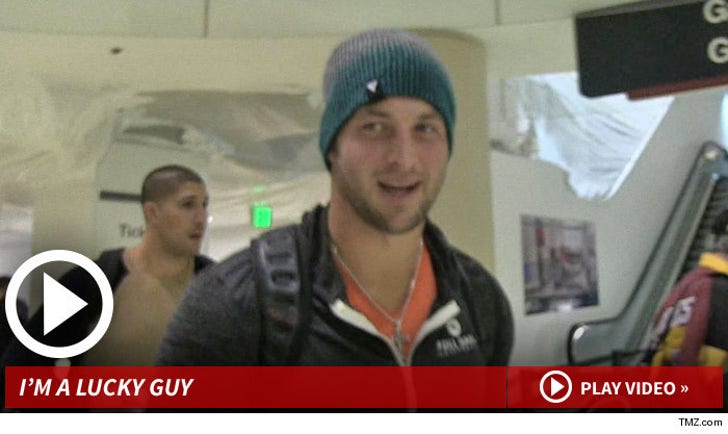 Tim Tebow says he's not the next Nostradamus ... or even the next Miss Cleo ... after nearly predicting the final score in the BCS Championship (he was off by 1 point) ... telling TMZ Sports, "Sometimes you just get lucky!"

Tebow was at LAX yesterday when we asked him about the prediction that rocked the sports world -- he appeared in his first ever gig as an ESPN analyst before the BCS game and said he thought FSU would beat Auburn 35-31.

We also spoke to Tim about critics like former NFL star Jamie Dukes (see video below) who say Tim won't succeed as an NFL analyst because he's too damn nice.

Of course, Tim shot that theory down ... in the nicest way possible. 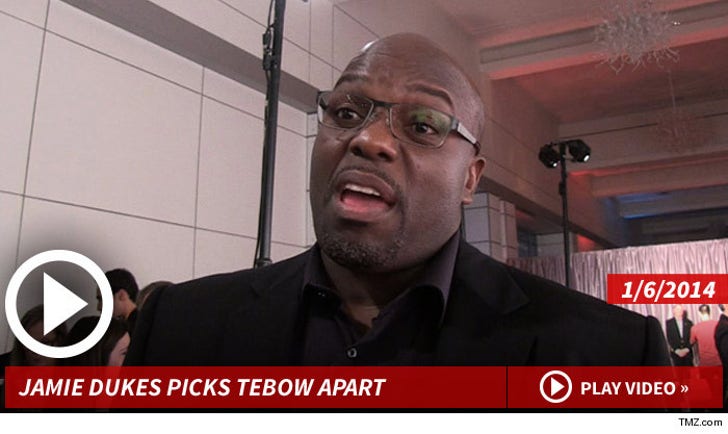