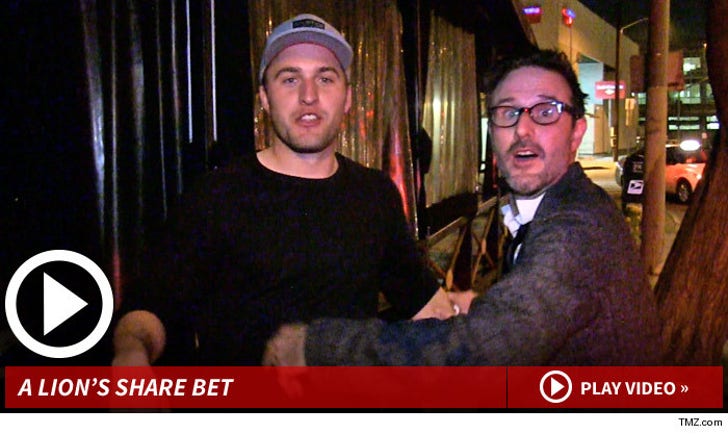 The two were leaving Hooray Henry's in L.A. when they united in support of the Lions -- with Arquette so confident in his pal, he PUT $500 that Detroit would take the Lombardi Trophy next season.

We're guessing they'd been drinking before this footage was shot ... but, hey, they might have a point ... if the Lions can land the right coach, right??