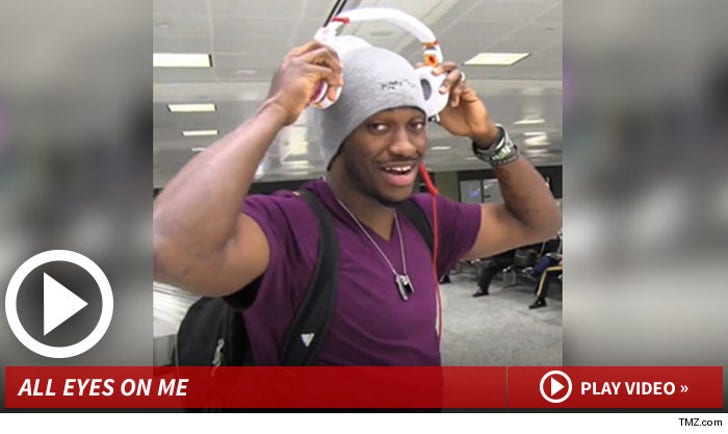 Robert Griffin III tells TMZ Sports ... he's not worried about all of the people talking smack about him -- 'cause critics and haters are simply "part of the business."

It's interesting since RG3 just posted a Facebook rant in which he went off on the perils of fame ... and took shots at the people who said the Redskins had a crappy season because Robert was sidetracked by his endorsement deals.

But when the QB landed in DC on Tuesday, RG3 told us how he plans to handle the haters going forward.

FYI -- we also asked what was up with the bizarre tongue exercises he was doing on the sidelines during the final week of the regular season. Weeeeeird.