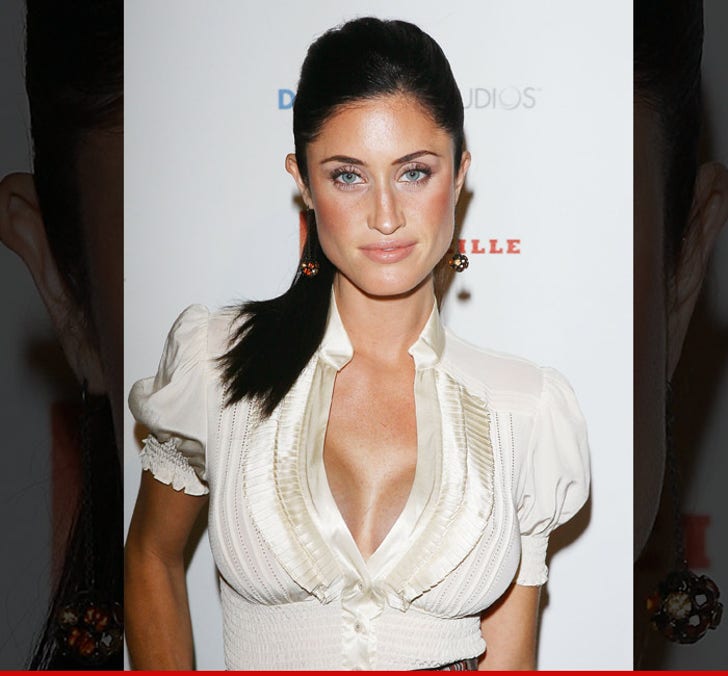 A former MTV reality star says she's the victim of a botched boob job ... and it left her left nipple so messed up, it "oozed" for several years ... this according to a lawsuit obtained by TMZ.

The woman behind the suit is Tiffany Rowe-Storms, who starred on "There and Back" in 2006 with then fiance Ashley Parker Angel from O-Town (they've since broken up).

In her suit, Tiffany claims she went under the knife for a routine breast augmentation surgery back in 2008 ... but something went horribly wrong, and "open sores developed" around her left nipple.

Tiffany claims the problems got worse ... and she was hospitalized for pain in her left nipple in 2010 -- where emergency room personnel discovered signs of staph infection.

In her suit, Tif claims she went to another surgeon in 2012 who found "chronic oozing and infection in her left breast."

Tif says the other surgeon also discovered a strain of staph in her left breast that was so severe, she was "at risk of losing her arm or worse, had it spread."

Now, Tiffany is suing the surgeon who performed the original surgery back in '08 for malpractice -- and for the humiliation of having a wonky left nipple. She's asking for unspecified damages.