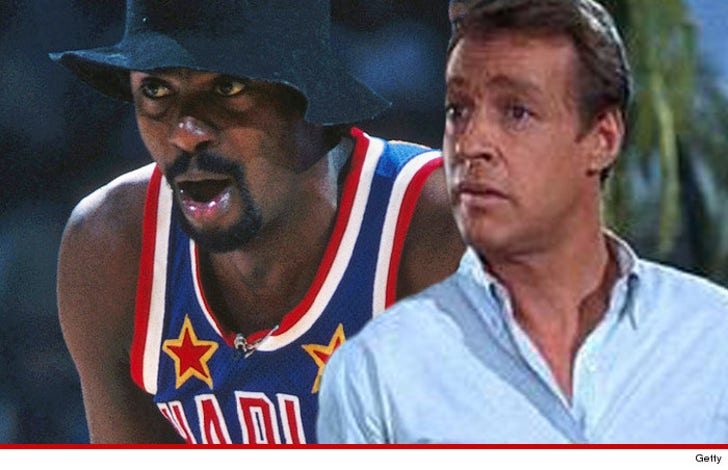 It wasn't just the castaways who kicked it on "Gilligan's Island," the Harlem Globetrotters were there too ... and one of the players tells TMZ Sports the entire team is mourning the death of The Professor.

We spoke to Sweet Lou Dunbar -- who was featured in the famous 1981 TV movie, "The Harlem Globetrotters on Gilligan's Island" -- and he tells us, "My heart bleeds for Russell Johnson."

The TV movie was epic -- with Sweet Lou (#41) and the Globetrotters teaming up with Gilligan and pals to take on a bunch of evil robots in an epic island basketball game.

Sweet Lou tells TMZ Sports he had a great time with the entire cast ... especially Johnson ... saying, "He was a great man. He was a lovable man. He'll really be missed."