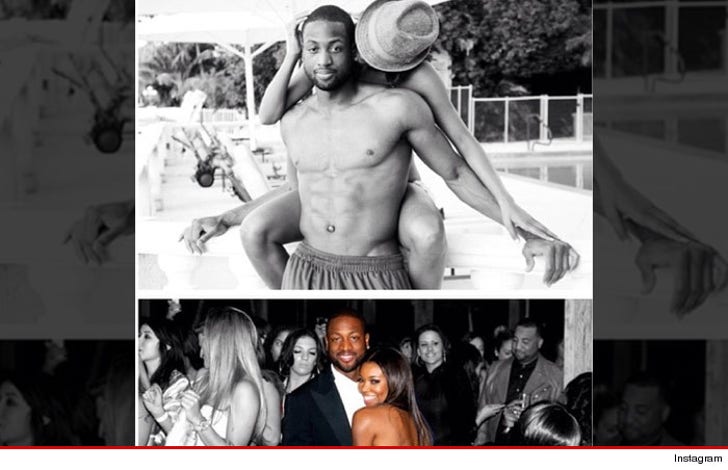 It's Dwyane Wade's 32nd birthday ... and a full-blown battle for the NBA star's affection has broken out on social media between the two most special people in his life -- Gabrielle Union and LeBron James.

Gabrielle expressed her love for Wade by posting a couple of artsy photos of the couple together -- one where she's draped all over the guy -- along with the caption, "Happy Birthday @dwyanewade ... #lovelightpeace."

It's sweet ... but she might've been OUTDONE by LeBron ... who posted a 9 PHOTO COLLAGE along with a 131 WORD essay about his love for his teammate. 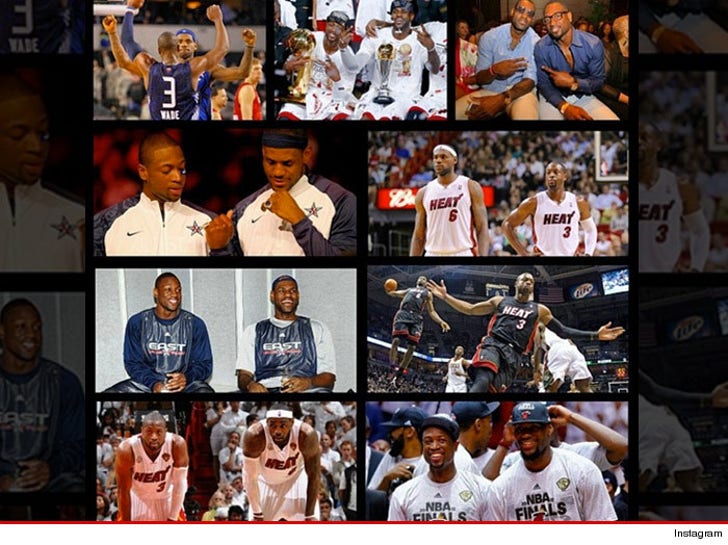 "Happy Bday to my running mate, homie, brother, and most of all straight up friend! The friendship we've created our rookie year at pre draft camp was pure and that's why we stuck together from that point on!

Obviously didn't know we would eventually become teammates and do the things we've done so far. I came to Miami for 2 reasons. To play with U and to win championships and I can't thank u enough for the sacrifice you've made since I arrived homie!

No matter what happens in the future we stuck together like brothers for life. And no matter what they say, u still a BAD Mutha-Shut-Yo-Mouth out there on that court! @dwyanewade. Oh almost forgot u old as dirt! Boy you look 40. Hahaha! #TreyBallBDay #YouASuckaOnYoBDay."