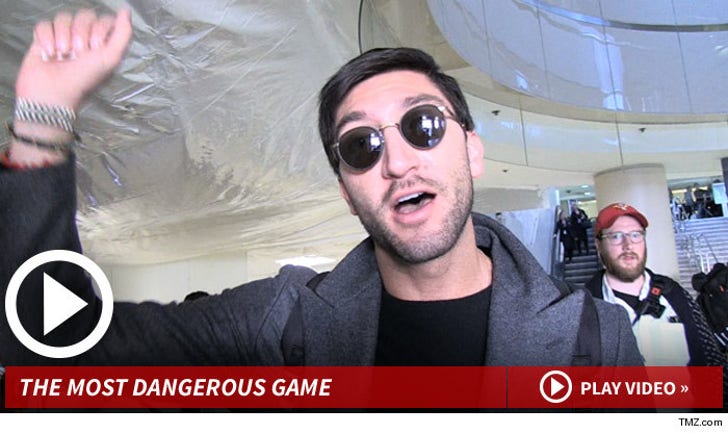 The Olympic gold medal winner was in L.A. on Thursday and was brutally honest about the dangers of figure skating.

"I've seen some gnarly falls like where a girl gets dropped out of mid-air and just like their teeth pop out ... and split chins, split cheek ... crazy stuff."

The 28-year-old says he believes he's suffered somewhere between 15 and 20 concussions ... explaining, "You know sometimes we fall at 20 miles an hour. Your neck just kinda snaps back."

According to the U.S. Department of Health, people who suffer repeated concussions "may have serious long-term problems, including chronic difficulty with concentration, memory, headache, and occasionally, physical skills, such as keeping one’s balance."

Though the head injuries haven't stopped Lysacek -- he reminds the fans, "[Figure skating] is a tough sport and it's really dangerous as well and people I think forget that."