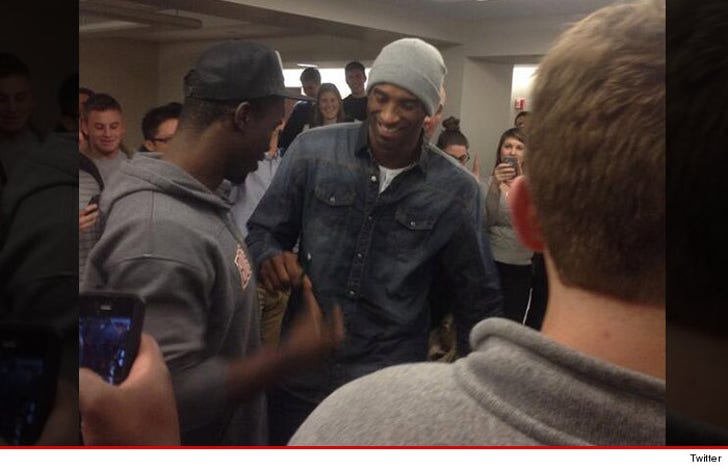 Kobe Bryant surprised a classroom full of students at Boston College last night when he walked into a marketing class and sat in for the full 2-hour course ... but the professor tells us he had NO IDEA the NBA star was planning on stopping by.

Kobe -- who's in Boston to watch his Lakers take on the Celtics -- walked into Professor Nick Nugent's international marketing class at 6:30pm ... and stayed the entire time.

"Kobe stayed for the whole 2 hours and never once did I see him check his phone," Prof. Nugent said ... "He even asked a question in class! It was about cross-border trade." 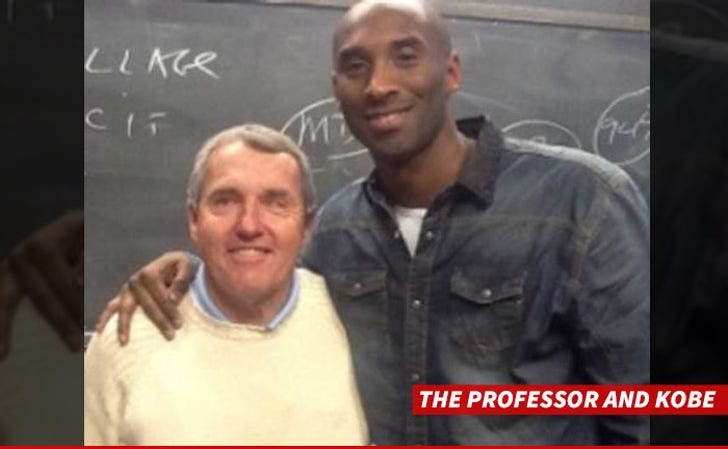 Prof. Nugent says ... after the class ended, he checked his email and found two unread messages from Kobe's assistant saying the NBA star was interested in attending.

Nugent says even though he never gave Kobe official permission, he wasn't the least bit upset with Bryant.

And even though Nugent says he's a Celtics fan at heart, the professor admits he'd be torn if Kobe was playing tonight, 'cause "he wowed me."