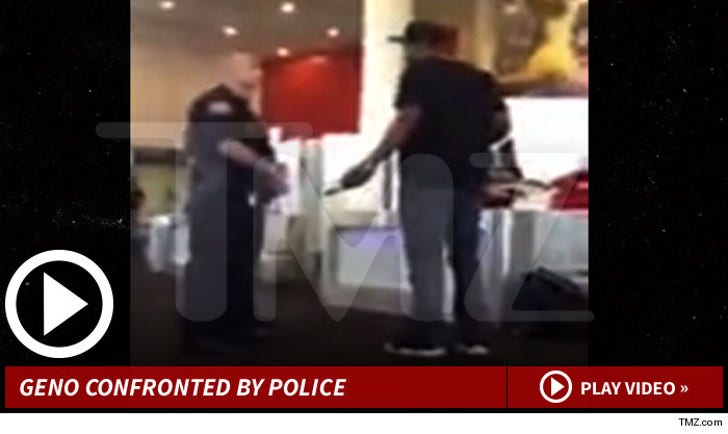 6:50 PM PT -- Sources connected to Geno tell us he was sitting on a Virgin America flight listening to music on his headphones when they announced it was time to shut off electronics.

But Virgin also called the police, who escorted Geno off the flight. Alec Baldwin would be proud.

-- Looks like Geno might be lying ... 'cause the LAX Airport Police tell TMZ Sports ... Geno WAS asked to deplane his flight because of a "verbal dispute."

We're told Geno complied ... and was questioned and released by officers without further incident. 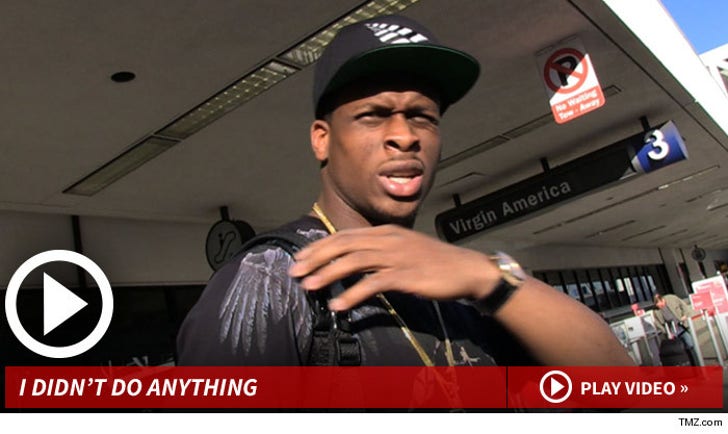 NY Jets quarterback Geno Smith tells TMZ Sports ... he was NOT escorted off a plane by police at LAX ... despite multiple witnesses and photos that seem to tell a different story.

Multiple people at LAX began posting on social networks that Geno was involved in a verbal confrontation near a Virgin America gate at LAX on Friday ... and it got so intense, cops were called to the scene.

In fact, a photo has surfaced showing Geno speaking with cops at the terminal.

But we found Geno ﻿INSIDE﻿ the terminal, and he told us the allegations are total BS ... saying, "Don't believe that man."

Geno says he doesn't know how the rumors started ... saying he just wants to go home.