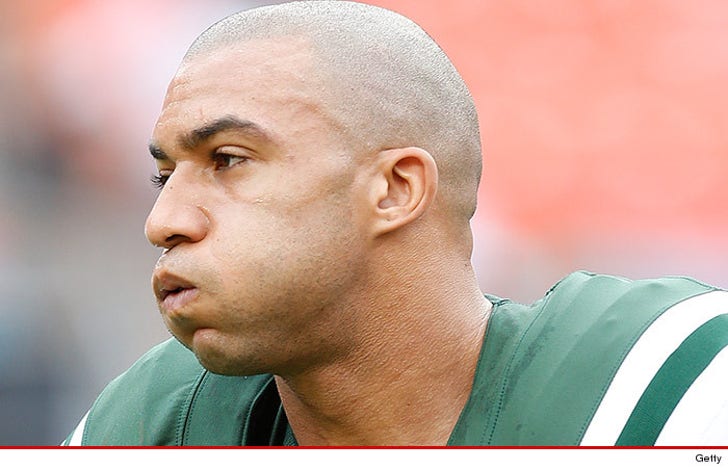 8:41 AM PT -- Kellen's rep issued a statement saying the whole thing was a misunderstanding because Kellen was NOT throwing a J.

"Kellen pulled over to a parking lot to smoke what he thought at the time was a legal substance. He changed his clothes in his vehicle as to not smell like smoke when he returned home."

The rep continued, "There was absolutely nothing inappropriate that took place and if there was police would have investigated further and charged Kellen which they did not. This will be the only time we will comment on this unfounded and ridiculous claim."

The 30-year-old former Pro Bowler was arrested on November 19th ... after cops in New Jersey received a tip about a man in a Target parking lot "pleasuring himself" in his vehicle.

According to the report, a 58-year-old white lady had pulled up next to Kellen's Cadillac Escalade around 5:30pm and noticed Kellen sitting in the driver's seat with the window open.

The woman says she tried to make small talk about the weather (it was really cold) and that's when she saw his erect penis ... and called the cops.

When cops arrived to the scene, they reportedly found two open containers of vaseline in the car ... along with synthetic marijuana labelled "Mr. Happy" -- and Kellen admitted he smokes the stuff to help him relax.

Cops asked Kellen what he was doing in the parking lot and he said he was looking for a Boston Market but got lost. Cops note that K's penis was not exposed when they arrived.

Kellen was eventually arrested and hauled to a nearby station.