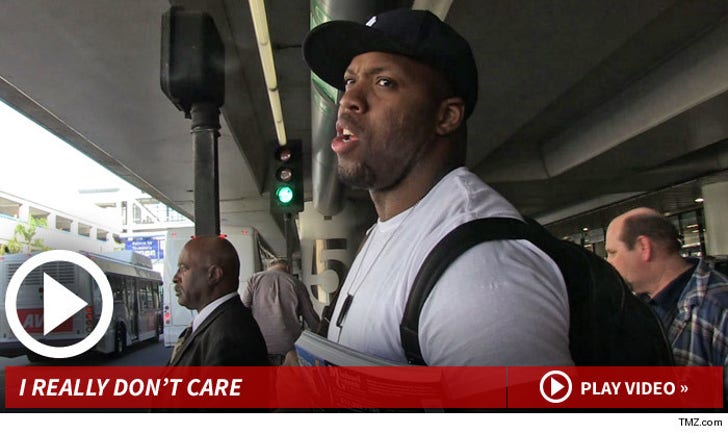 Ya gotta respect Terrell Suggs' honesty ... 'cause the NFL superstar tells TMZ Sports, if he's not playing the big game, he doesn't give a crap about who wins the Super Bowl.

The Baltimore Ravens defensive juggernaut touched down in L.A. this weekend -- and couldn't have been more candid with his feelings about the NFL playoffs.

"When you're not in it you really don't care [who wins]," Suggs admitted ... saying, "prepare yourself for next year."

FYI -- T-Sizzle DID care about the game last year ... when his Ravens beat the 49ers in a game that went down to the wire.