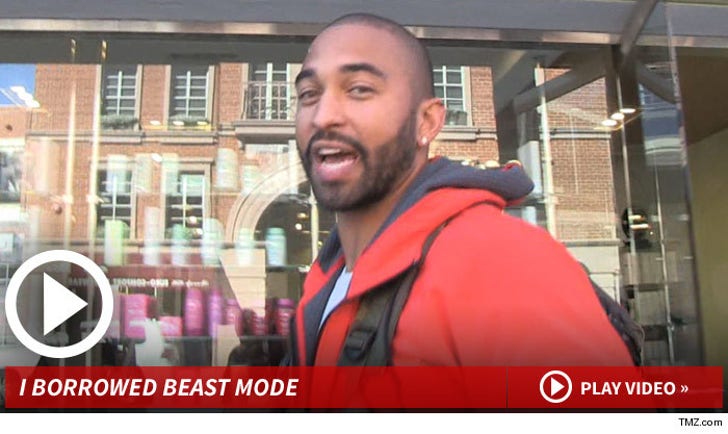 Marshawn Lynch may have blocked Matt Kemp from "Beast Mode" ... but Kemp tells TMZ Sports, he's got NO PROBLEMS with the running back -- in fact, he respects the guy.

Both Kemp and Lynch have been using the term "Beast Mode" for years -- referring to the super-human level they go to in big games.

But Lynch owns the trademark to the phrase -- not Kemp -- and when the Dodgers recently went to Marshawn and asked for permission to use "Beast Mode" on Kemp-related products, Lynch gave 'em the ol' thumbs down.

So, when we got Kemp out in L.A. yesterday we assumed he'd be upset about situation -- but Matt insists, that couldn't be further from the truth.

"I have nothing against Marshawn ... he's a beast. He stays in 'Beast Mode.'"