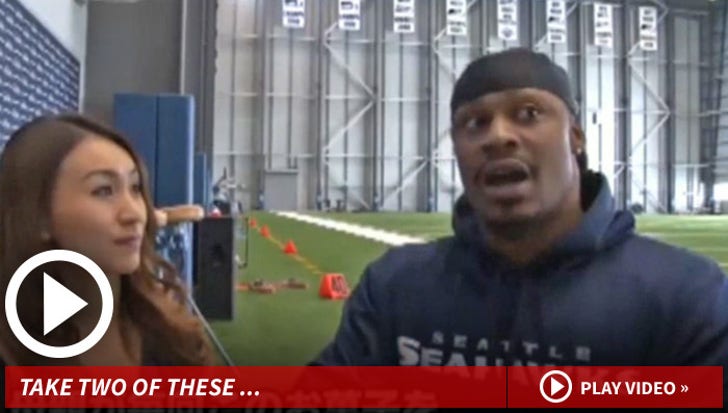 Skittles are SO IMPORTANT to Marshawn Lynch's health, the Seattle Seahawks keep the candy with the team's MEDICAL SUPPLIES ... so says Marshawn.

The "Beast Mode" running back was doing an interview for a Japanese TV show when he explained that he originally began chewing Skittles during football games because they were effective at settling his upset stomach.

That's when Lynch explained that the candy has become so important to his success ... the Seahawks team trainers have decided to keep a reserve stash with the medical stuff.

"It's almost like we use it because we know it helps my stomach, so we put it with the rest of the medicine. So, it's right next to the Advil, the lip balm, the tape, it's next to all that."