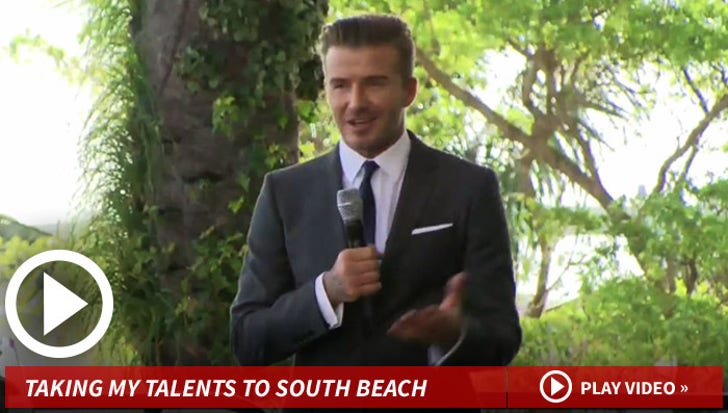 David Beckham says he's stealing a play from the Miami Heat when it comes to building his new MLS franchise -- because he wants to BUY UP all the best players in the league.

Becks just announced his plans to buy a brand new Major League Soccer franchise based out of Miami -- and also said he might get his friend LeBron James to invest in the team.

And at the news conference in Miami on Wednesday, Beckham made it clear he wants to find a Wade, Bosh, James combo in the soccer world and bring all of their talents to South Beach ... no matter the cost.

"I've seen what happens to teams when you bring great players in, "Beckham said ... "I'm talking about the Heat."

"We will wanna bring some of the best players in football, in soccer, to Miami to play on this team."

Beckham says he doesn't even need a strong sales pitch -- 'cause Miami sells itself.

"Players are already interested in coming to Miami. Who wouldn't wanna live in Miami and play in Miami?"