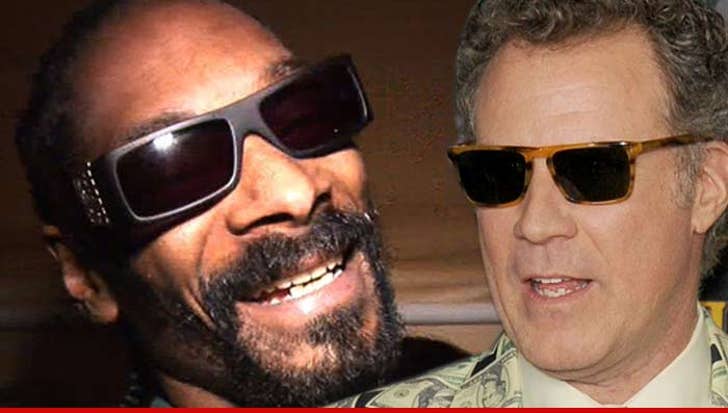 Snoop Dogg wants to pick up where Prestige Worldwide left off ... hitting up Will Ferrell to record a sequel to the "Step Brothers" rap debut, "Boats N' Hoes" ... and it seems like Ferrell is down.

Snoop made the offer during Will's AMA session on Reddit earlier this week ... starting the conversation by saying, "ayy Will, imma need some more cowbell on tha next album, u game?"

Will's response: "Of course! I'm absolutely game, Snoop. I've also got some beats that I want to run by you. I'm warning you now, they're not good.
edit: In fact, I just talked myself out of it. I'm not going to show them to you."

Of course, Snoop is referring to the "Huff 'N Doback" tune from the 2008 flick "Step Brothers."

As far as a sequel to the movie goes, Ferrell has stated in the past that it's unlikely -- but a follow-up to "BnH?" That would be as epic as the Catalina Wine Mixer!!!!