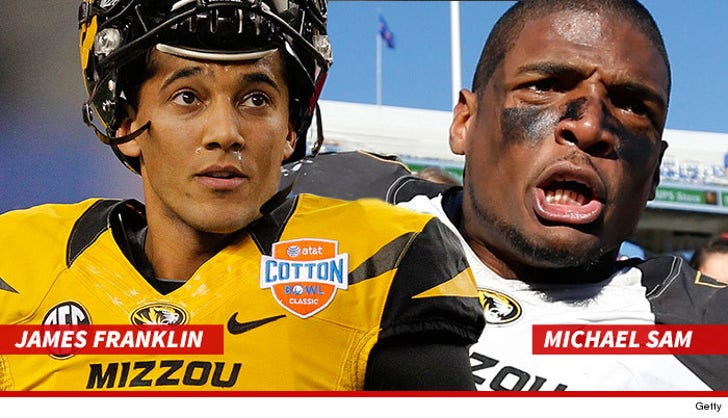 Michael Sam's college quarterback tells TMZ Sports ... he and other teammates "accepted" the openly gay football star during their time at Missouri ... but they don't "support" homosexuality.

We spoke with James Franklin -- who just completed his senior year at U of M and just like Sam, is expected to be selected in the upcoming NFL Draft.

"I don't drink. I don't curse. I don't support [homosexuality] -- but it doesn't mean I don't accept Michael," Franklin says.

When asked if he was supportive of Sam when he made his announcement in August, Franklin said ... "I wouldn't say supportive, but accepting. A lot of people confuse supporting and accepting."

Still, Franklin says ... "Michael respected us. He didn't make us feel uncomfortable in the locker room."

"He can be whoever he wants to be. I'll be there for him no matter what."