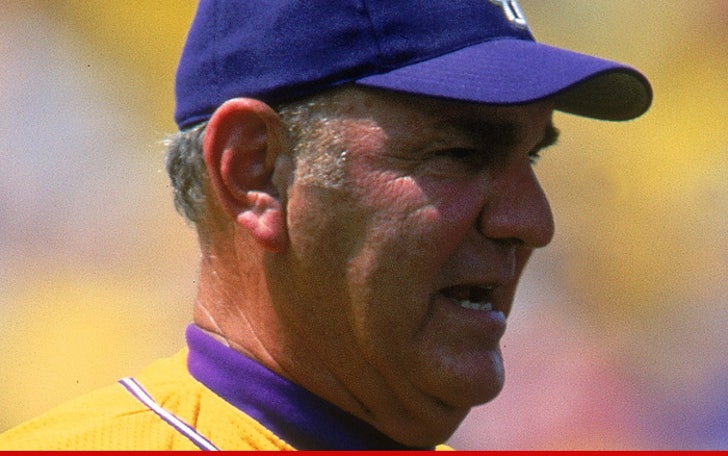 RESPECT YOUR ELDERS ... 'cause 75-year-old Skip Bertman -- former LSU baseball coach -- has been ID'd as the mystery man who fought off three home invaders inside his Louisiana house ... cops say.

Oh, and all three suspects have now been arrested.

As we previously reported, the attempted burglary was thwarted early Saturday morning when they were violently confronted by a resident.

Now, cops say ... the suspects are all teenagers -- an 18-year-old and two 16-year-olds -- and Bertman brought the ruckus when he heard them inside the home.

According to officials, the teens entered the home through an unlocked bathroom window ... before running into Bertman -- who took on the punks and actually tried to DETAIN one of the men.

They eventually ran away like cowards (after grabbing some cash and some of Skip's championship rings) ... but cops located the suspects and took 'em all into custody. The 18-year-old was sent to a nearby prison and the 16-year-olds are in juvi.

Skip Bertman You Might Want to Rethink TMZ Sports Crime