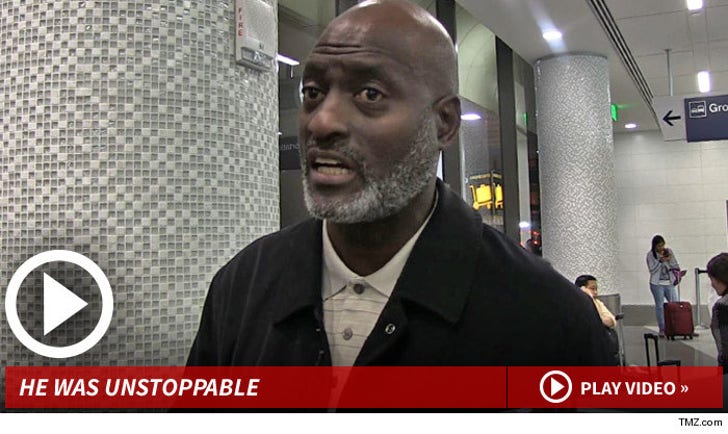 It's not LeBron ... it's not Jordan ... not Magic, Bird or Shaq -- the greatest NBA player of all time is Kareem Abdul-Jabbar ... so says ex-NBA star Michael Cooper.

The Coop -- who just took the head coaching gig with the WNBA's Atlanta Dream -- was at LAX yesterday when we asked him to name the best pound-for-pound baller in the history of the league.

"I have to go with Kareem Abdul-Jabbar," Cooper said ... "He had the most unstoppable shot."

Cooper would know ... he played with Kareem for years during his stint with the Lakers.

Lakers -- they stick together.