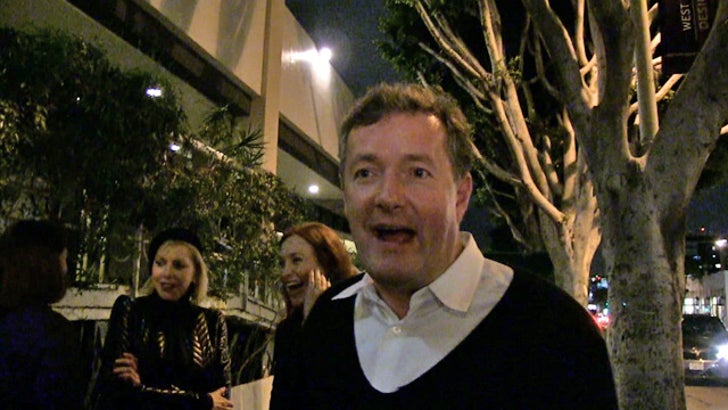 Piers Morgan says in a weird way he's relieved he got the boot from CNN, because it frees him up to do less fluff and more big interviews.

We got Piers coming out of Madeo Thursday ... and he said he had no regrets about his firing. His goal is doing less shows and more BIG gets -- like Oprah and Bill Clinton.

Subtext -- he's taking a shot at CNN, saying they fill a lot of their shows with stupid stuff.