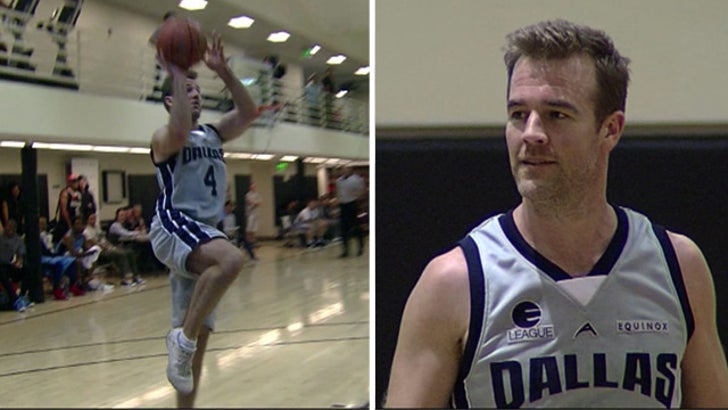 Dawson's got game (at least, most of the time) .... 'cause TMZ Sports has video of James Van Der Beek ballin' in an entertainment basketball league -- hittin' 3s and airballs in the same game.

James is a member of the "Dallas" squad in the E-League at Equinox gym in L.A. -- along with his famous teammates Brandon Routh, Josh Hutcherson, James Lafferty and Nick Swardson.

And that's not all ... some of the stars from other teams include Michael B. Jordan, Trey Songz and Kevin Hart.

As for Van Der Beek, he had his ups and downs in Week 1 ... every time he did something well, it seems like he followed up with a blunder.

In the end, James' team lost -- but keep your head up, there's always next week!