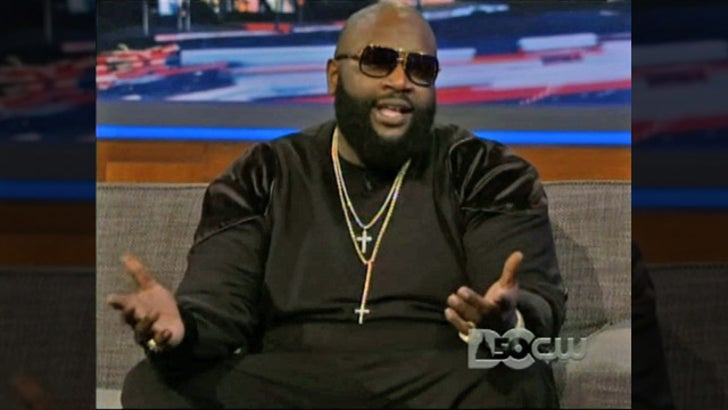 Rick Ross isn't just the boss in hip hop -- he's stacking up tons of cash in the chicken biz too ... and it sounds like he's planning a wing takeover.

Rick talked fowl with Arsenio Hall last night ... enlightening the host on how his barber got him hooked on Wingstop chicken -- and reveals lemon pepper was his chosen poison.

Rick says he instantly knew ... "That's not your regular colored chicken" -- which is why he now OWNS a bunch of franchises.

How dedicated is the Maybach Music boss to Wingstop? Back in 2011 ... we got a shot of him outside a Memphis branch ... hours after he'd suffered 2 seizures!

You gotta watch Rick break down his plans for total wing domination.