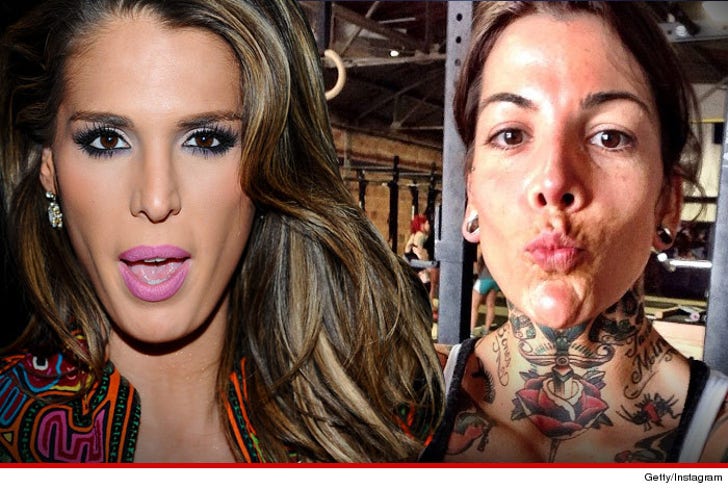 Balls make the man ... and lack of balls make the woman ... so says a former "RuPaul's Drag Race" star who claims CrossFit is being UNFAIR by not allowing a transgender woman to compete with the females.

TMZ Sports spoke with Carmen Carrera -- a transgender fashion model who was born a man.

Carrera tells us ... Chloie Jonsson is getting the shaft (ironically) from CF, which stated transgender athletes are only allowed to compete in the CrossFit games under their birth gender.

"When you remove your testicles ... that is it. You are no longer a male and you don’t produce testosterone," Carrera says.

"You get weaker ... your whole body switches and it starts to reshape."

Carrera adds, "Put [Chloie] under the test and I bet her [testosterone] levels are the same as the rest of the competitors. Run some tests to make it fair."

As we reported, CrossFit says it will not take testosterone levels into consideration ... insisting it's the "genetic makeup" of a person who was born a male that "confers a physical and physiological advantage over women."

To that, Carmen says ... the person who put that statement together is "probably some loser sitting on some huge set of nuts with testosterone who doesn't know what he is talking about."