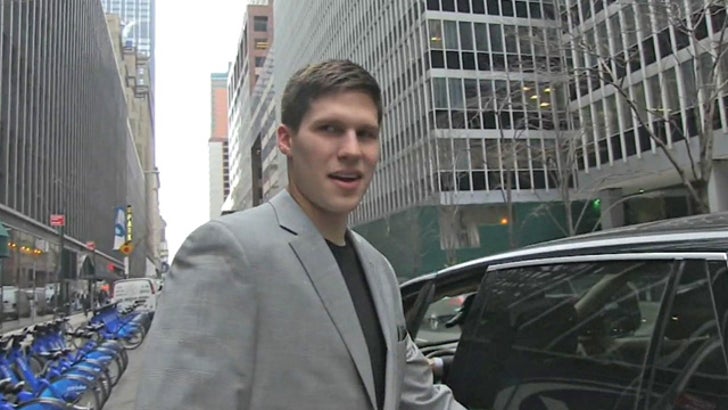 Well, we know where Creighton University basketball stud Doug McDermott WON’T be celebrating if he wins National Player of the Year – the school cafeteria.

The 6'8" 215-pound scoring machine was out in New York yesterday and told us that CU’s culinary game could use some serious, serious improvement ... 'cause it's "terrible."

The good news for Doug -- he probably won't have to eat it too much longer since he's a surefire 1st round pick in the NBA Draft.

As for the rest of the Bluejay student body -- there's always Dominos.