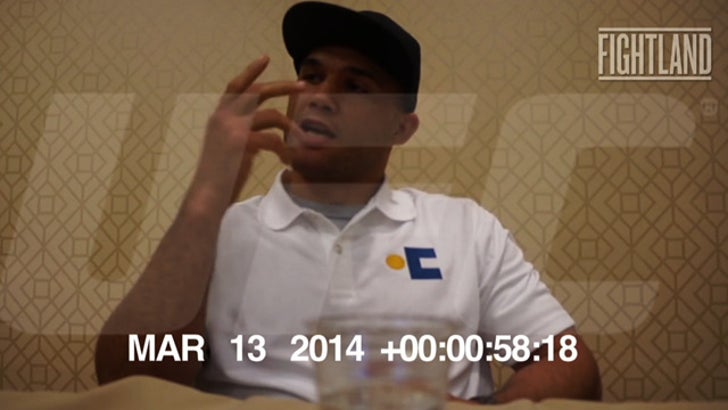 Lawler -- who's fighting Johnny Hendricks at UFC 171 this weekend -- nails the orneriness and angst Justin displayed in the original video, which was part of a case involving an alleged altercation with a bodyguard.

Lawler even throws a Bieber-style tantrum before storming out of frame.

So, what's Justin gonna say when he sees the spoof?

Probably not a damn thing.