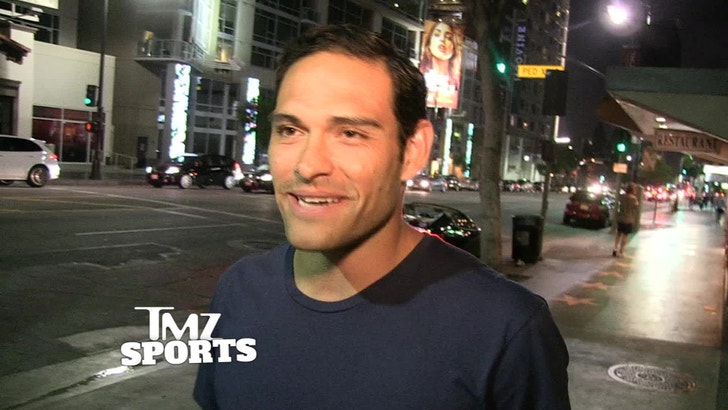 Sanchez was leaving a friend's birthday party at Katsuya in Hollywood this weekend when we asked him about the torn labrum in his throwing shoulder that ended his 2013 season.

When asked how he would feel about leaving NYC to come play for a West Coast team, the former USC superstar smiled at the idea but says he's committed to NY ... at least for now.

Sanchez says he felt like things were going great before the injury -- and believed he was solidifying his spot as the starter over Geno Smith -- but the injury screwed everything up.

As for his future, Sanchez seems to be realistic about the situation -- "I know management has some decisions to make in the next few days ... so we'll see what happens."

He adds, "Whatever happens, it'll be great."