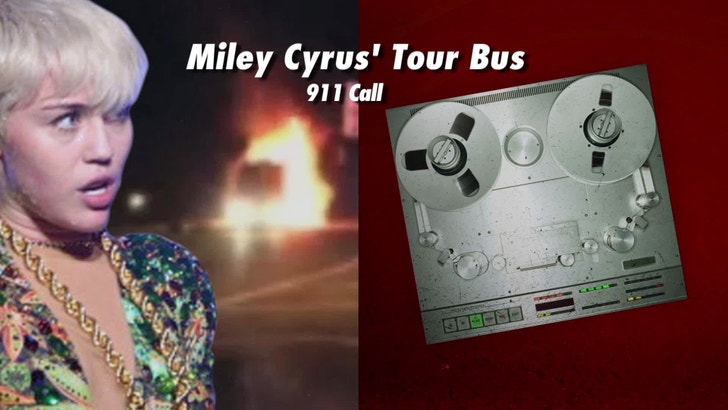 TMZ has obtained the 911 call made by the driver of the Miley Cyrus tour bus that caught on fire last night ... and he was clearly out of breath and panicked as he called for help.

In the 911 call, the driver tells dispatch that everyone got off the bus safely, but that the bus was still on fire.

As TMZ previously reported, the Cyrus tour bus (which was carrying her mother and sister) caught on fire after one of the tires exploded. 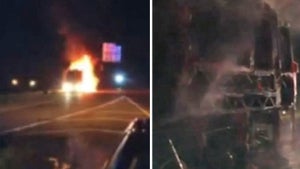