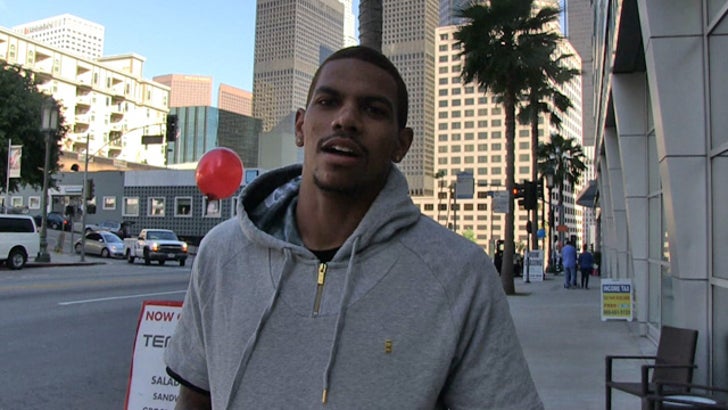 Oakland Raiders quarterback Terrelle Pryor tells TMZ Sports ... he's been training like a maniac this off-season -- waking up at 5AM every day in pursuit of a starting QB job in the NFL.

Pryor was in Downtown L.A. yesterday when we just happened the 6'6" football star -- and asked him about rumors he could be shipped out of Oakland.

"I can't really worry about the things I can't control," Terrelle said.

Still, the guy told us about his grueling training regimen -- busting his ass with legendary trainer Travelle Gaines and working out at USC ... where Tim Tebow's been spotted recently.

One more thing ... Pryor was a high school basketball stud -- and tells TMZ Sports he still hoops around with one of his celebrity friends.