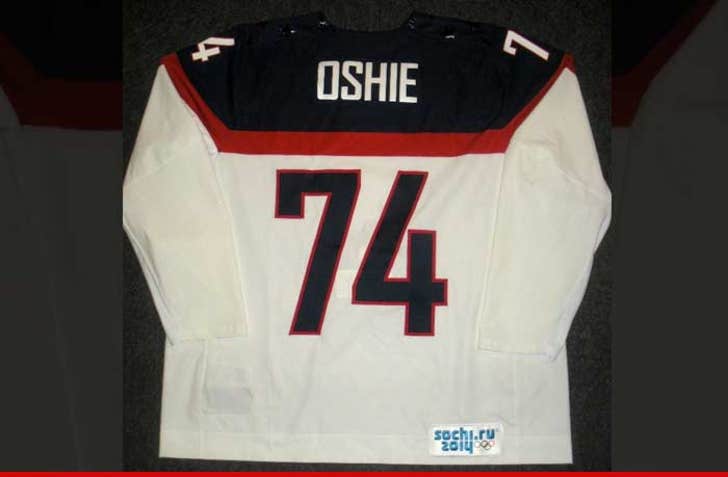 T.J. Oshie's sweaty, smelly game-used jersey from the Olympics could be yours ... 'cause Team USA is auctioning off the unis from their destruction of Slovakia for charity ... TMZ Sports has learned.

Oshie, Patrick Kane and a bunch of other Team USA players have donated their jerseys to the USA Hockey Foundation ... in an effort to raise money for hockey programs for kids.

The site is offering game-used jerseys from a couple of the Team USA hockey games in Sochi ... including the February 13th prelim against Slovakia ... where Team USA emerged victorious 7-1.

For the record, the jersey Oshie wore during his insane shoot-out performance against Russia isn't on the site ... but the Slovakia one still has his sweat on it. So, next best thing?