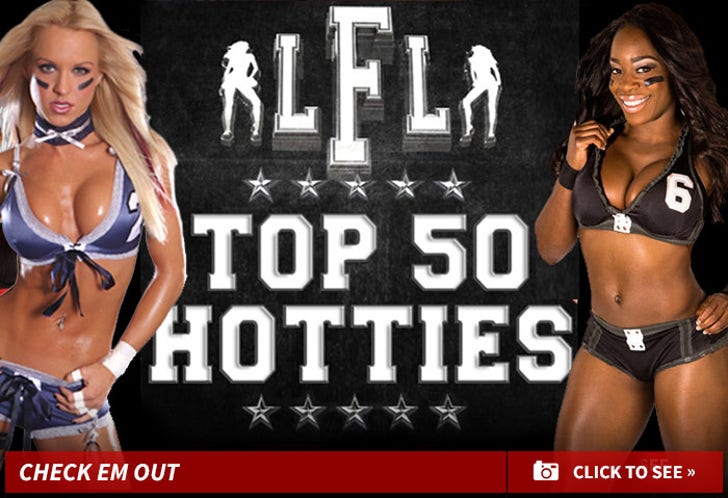 It's been 5 years in the making, but the Legends Football League has finally selected their 50 HOTTEST ATHLETES OF ALL-TIME ... and TMZ Sports is revealing the final rankings.

It's no small feat -- the LFL (formerly known as the Lingerie Football League) had more than 1,500 players to choose from in 3 global leagues (USA, Canada, Australia).

But after spending countless hours slaving through video and photos ... and more video ... the powers that be at the LFL (along with input from fans) came to a final decision.

Which we now proudly present to you ... enjoy.