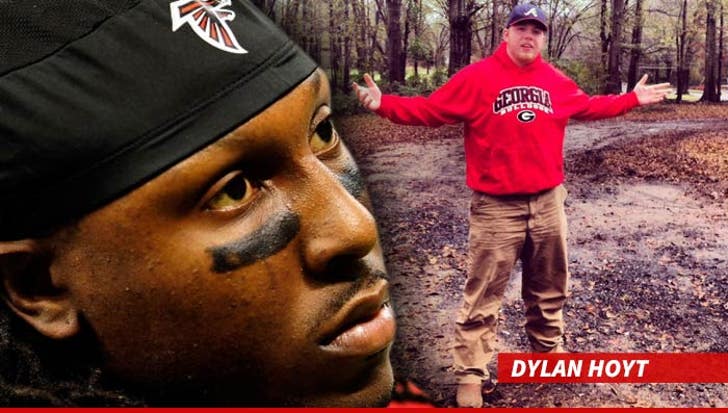 The fan who made a twitter bet with Atlanta Falcons star Roddy White AND WON will finally get his prize -- 2014 season tickets to ATL Falcons games -- but it ain't Roddy who's forkin' over the goods.

In case you missed it ... White's been under fire for the bet, in which he told Dylan Hoyt, "If Mercer beat Duke (in the NCAA tourney) I will give you season tickets 50 yard line first row."

Well, Duke lost ... and Roddy tried to weasel his way out of paying up by only giving the guy tix to ONE game. Hoyt told the media he was cool with Roddy's offer and never really expected anything.

But now, TMZ Sports has learned ... sports memorabilia website OnlyJays.com has contacted Dylan and offered to come through -- with season tickets as close to the 50 yard line as they can get.

A rep for OnlyJays.com tells us they decided to give Dylan the tickets because they felt he handled the situation with "class and grace."

Also, let's get serious ... IT'S A GREAT PUBLICITY MOVE!

Hoyt tells us he will accept the offer -- and still doesn't hold a grudge with Roddy.