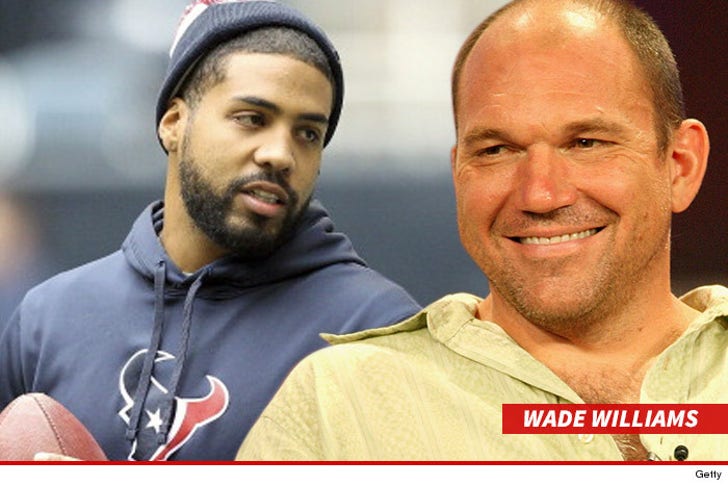 Houston Texans running back Arian Foster just completed his FIRST role in a major Hollywood movie -- and it went so well, his co-stars say he might have a serious future in acting.

The movie is "Draft Day" -- about an NFL GM who's gunning to land the #1 draft pick -- and it's packed with huge actors like Kevin Costner, Jennifer Garner and Diddy.

Foster plays a potential draft pick ... and according to his co-star Wade Williams, he CRUSHED IT.

"Arian was very natural and enthusiastic," Wade says ... "[the producers] weren't gonna hire him if he couldn't act."

Wade knows what he's talking about -- he's been in a ton of movies and TV shows, including "Prison Break," where he starred as the main guard.

"He's a very talented actor. After the NFL he definitely could be a sportscaster or even act full-time."

Williams says in the end, he was very impressed -- "He was really into it. He went for it ... and he couldn't be more handsome, that rat bastard!"