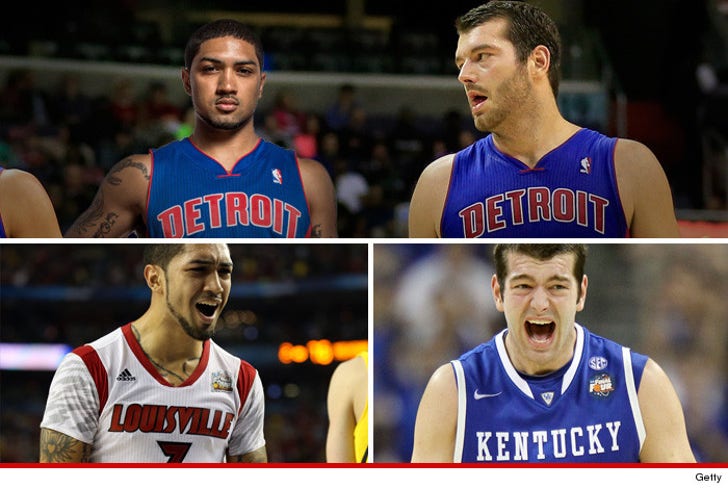 Peyton Siva and Josh Harrellson -- who are now teammates in Detroit -- were arch rivals back in 2010 ... when Siva played for Louisville and Harrellson for Kentucky -- two schools that HATE each other.

Siva and Harrellson have been able to bury their true feelings for the sake of their team -- until now ... telling TMZ Sports they've got a friendly bet going over tonight's Sweet 16 grudge match.

The opposite holds true for Harrellson ... but Siva wasn't eager to discuss that outcome.

Siva says he and Harrellson will be watching the game on mobile devices ... since they'll be on a Pistons flight headed to Philadelphia.

Could be a bumpy ride.