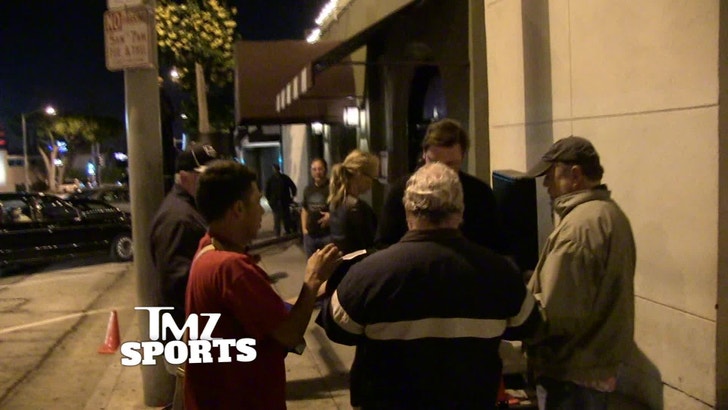 He could shoot. He could score. But Wayne Gretzky tells TMZ Sports ... he couldn't fight for a damn.

The Great One was leaving Craig's restaurant in L.A. last night when we talked about going mano a mano on ice ... and Wayne admitted, "I wasn't very good at it."

BONUS: Wayne also talks about the news that his son Trevor (who's playing minor league baseball) was just traded from the Chicago Cubs organization to the Angels ... though Wayne says he's not ready to commit to being a Halos fan yet.