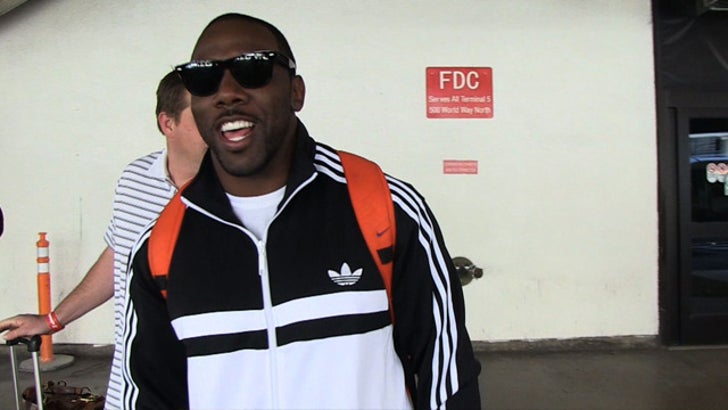 If Buffalo Bills wide receiver Stevie Johnson wanted to be a rapper, he could BE A RAPPER ... so says his teammate C.J. Spiller.

The Bills running back had just arrived in L.A. yesterday when we asked if he heard the new LeBron James rap -- and if he thought any NFL stars could pull off a second career in hip hop.

And that's when C.J. brought up Johnson -- and it turns out, the guy's got flow.