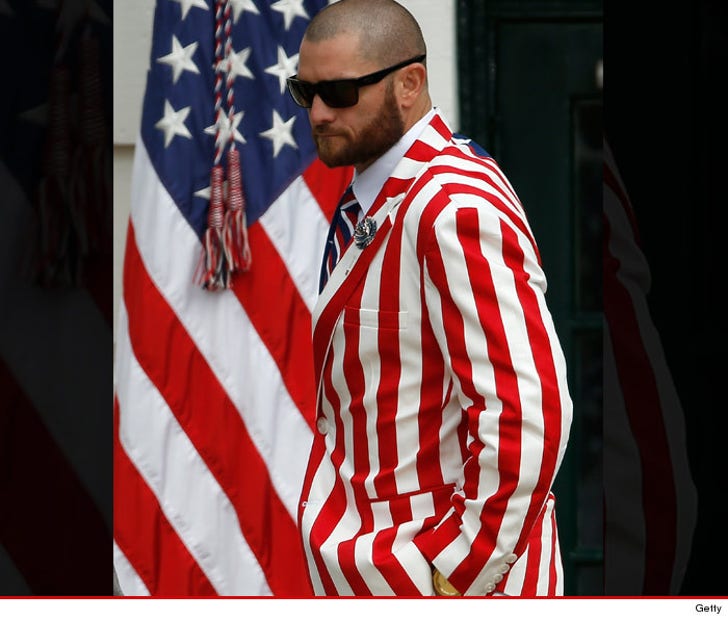 Wanna wear the ultra-patriotic red, white and blue jacket Jonny Gomes rocked to the White House this week? You'll get the chance ... 'cause TMZ Sports has learned it will be sold off for charity.

The Boston Red Sox star personally picked out the jacket before he met President Obama -- and wore it in the official team photo with the Commander In Chief this week.

Now, a rep for the Red Sox tells us ... "[The jacket] will either be donated or auctioned off to an organization of [Johnny's] choice."

The rep says Jonny has not yet determined where the jacket will go ... but he expects to make a decision sometime in the near future.

Jonny paid $395 for the jacket -- we're guessing it'll fetch at least 10-times that amount at a charity auction.