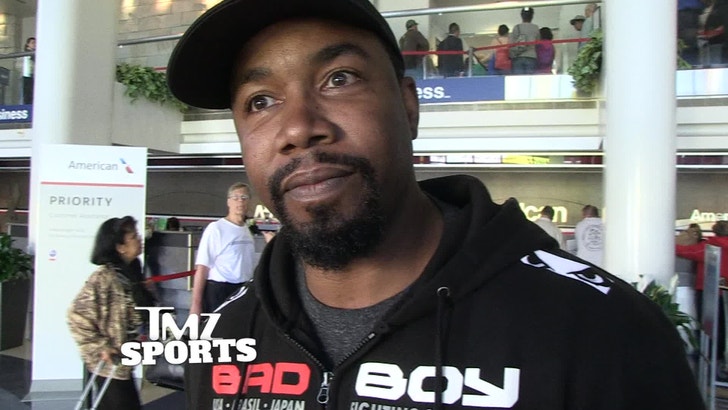 He's the greatest boxer of all time, but Floyd Mayweather wouldn't stand a chance in an MMA fight ... so says "Black Dynamite" himself -- Michael Jai White.

MJW -- who also stars on "Tyler Perry's For Better or Worse" -- is a pretty bad ass fighter himself ... and has black belts in several martial arts styles. He also does a lot of MMA training.

So when we asked him how Floyd would fare in the octagon, White was brutally honest -- telling TMZ Sports that while he RESPECTS the hell out of Floyd, he'd get destroyed.

... just like all those jive turkeys who stepped up to Dynamite in the White House!!!