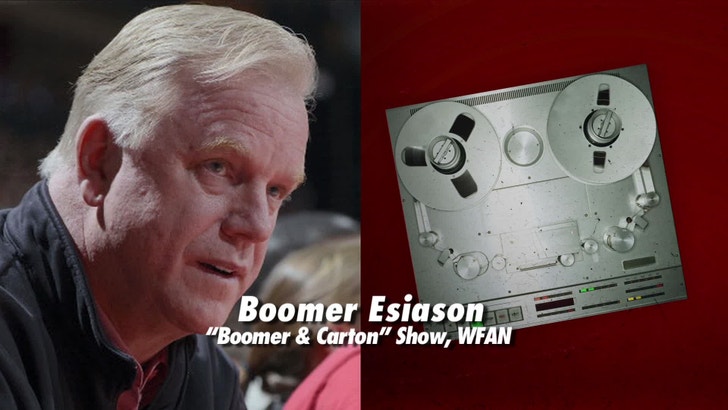 Boomer Esiason says he's "truly sorry" for any pain he's caused Mets player Daniel Murphy ... for suggesting his wife should have had a C-section before the season so he wouldn't have missed any games for the birth of his child.

Esiason has been under fire for the comments he made on his radio show yesterday -- in which he acknowledges Murphy had the legal right to take paternity leave, but says it's more important for the child for athletes to WORK than miss games.

Now, Boomer is apologizing to Murphy -- saying he's sorry for making comments that put Murphy's life "under a spotlight."

"That is my fault for uttering the word ‘C-section’ on this radio station," Boomer said.

Esiason continued, "No man should have to go through that. And certainly Daniel Murphy, who we both admire much as a baseball player as anybody else -- and all I can say is that I truly, truly, feel terrible about what I put them through. So for that I certainly apologize."

We should note that while Boomer says it's important for fathers to be there for the birth of their kids -- he never backs off his belief that athletes should NOT miss a day after the delivery and should do whatever it takes to get their asses back on he field.