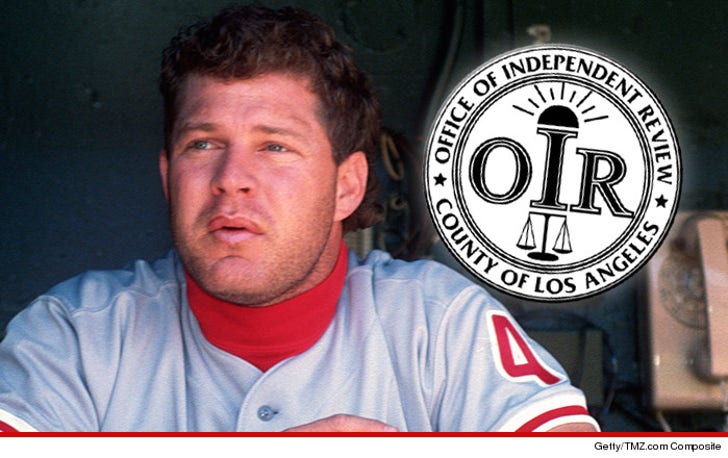 Lenny Dykstra's allegations that he was beaten to a pulp in his jail cell have struck a chord with officials -- who tell TMZ Sports investigators are re-examining their case.

We broke the story ... Dykstra is suing L.A. County claiming he was ripped out of his bed and attacked by roughly 6 cops for no reason while serving time for bankruptcy fraud in 2012. Lenny claims he lost teeth in the incident.

Cops have acknowledged their was a physical altercation with Dykstra -- but said it went down in a hospital, not a cell, and only after Lenny had attacked 2 medical personnel. They also say Lenny's teeth were NOT damaged.

Officials said the incident was investigated thoroughly and it was determined the cops were justified in their use of force.

But now, in the wake of Dykstra's lawsuit, the Chief Attorney for the L.A. Office of Independent Review confirms investigators are going back through Dykstra’s case to make sure they didn't miss anything the first time around.

And if they find any weaknesses in the case, they'll investigate further.

As for Dykstra, his attorney tells TMZ Sports they now have dental records that can prove the former MLB star suffered tooth damage during the attack.