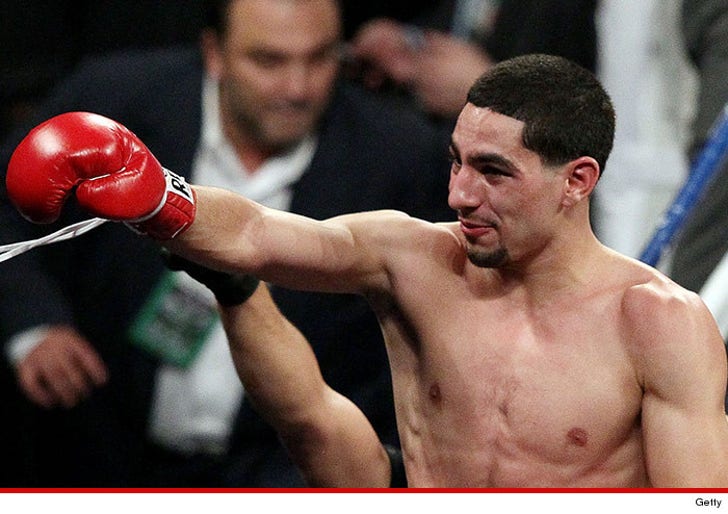 Undefeated boxing champ Danny Garcia says he refuses to have sex while training for a fight -- but right after the final bell rings, IT'S ON!!!

TMZ Sports spoke to the reigning WBC, WBA and Ring Magazine light welterweight champ who tells us he feels his no-sex rule has been a key part of his 28-0 record.

But right after the fight ends, the bangin' begins -- "First thing I do is have sex. Not to the club. Not to the post-fight celebration. Straight to the hotel room."

Garcia says he's not bumpin' uglies with just anyone -- "No groupies, I have my girlfriend waiting for me in the hotel. And I have sex right after the fight."

Danny says there was a time at the very beginning of his career when he broke the no-sex rule, but says he feels noticeably stronger when he keeps it in his pants during his entire 8-week training camp.

And how does his GF feel about the situation -- "She knows the deal and she's cool with it."