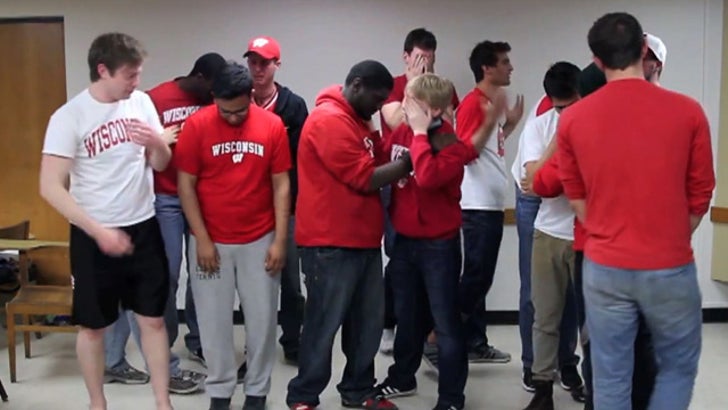 The Badgers are no bitches ... 'cause after Wisconsin lost to Kentucky in the Final 4, one of the school's a cappella groups CAME THROUGH on a humiliating bet they made with a UK singing group.

BACKSTORY: UW's all-male competitive a cappella group "Fundamentally Sound" had made a bet with UK's "AcoUstiKats" -- loser had to sing the winning school's fight song.

Kentucky won ... so Fundamentally Sound honored the bet by performing "On, on, U of K."

Note to Aaron Rodgers: AT LEAST SOME PEOPLE IN WISCONSIN PAY THEIR BETS!!