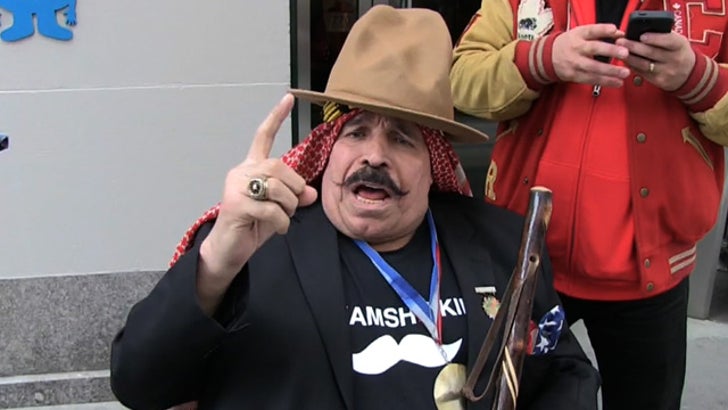 The Iron Sheik has joined the grassy knoll lunch club ... claiming The Undertaker's loss at WrestleMania 30 was an off-the-cuff conspiracy triggered by an injury during the match.

Undertaker suffered a serious concussion during his match against Brock Lesnar. A fringe cell -- including Iron Sheik -- believes Undertaker was supposed to win but after the injury there was a mad scramble to change the plan because Undertaker wasn't physically able to seal the deal.

The problem with the theory -- lots of people at the center of the WWE say Undertaker handpicked Brock years ago and more than likely planned to pass the torch at Sunday's event.