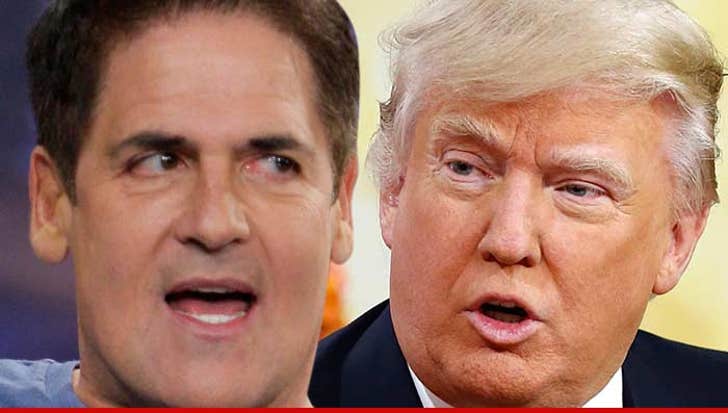 9:55 AM PT -- Trump has responded to Cuban on Twitter ... saying, "Saw @mcuban try to hit a ball in Lake Tahoe while I played in tournament- he’s got no talent or strength!!!!"

Mark Cuban says Donald Trump is a liar -- claiming there's NO WAY Trump could have personally witnessed his terrible golf game ... because he's NEVER played ... not once.

TMZ Sports broke the story ... Trump blasted Cuban (and his golf game) after the Mavs owner said Donald couldn't afford to buy the Buffalo Bills by himself -- "I watched him play golf and he is a total non-athlete. Zero clubhead speed."

Now, Cuban is firing back ... telling us Trump's allegations are "funny because I never golf. Never. 1x in my entire life."

Cuban says he does have a membership to Dallas National -- "The nicest club in Dallas" -- but says he's literally never been there.

Mark did give us a message to pass along Trump -- "Donald, I'm glad you got the chance to watch me golf. Where? If you want to know the real story about my golf game, call my club, Dallas National and see what they have to say ..."