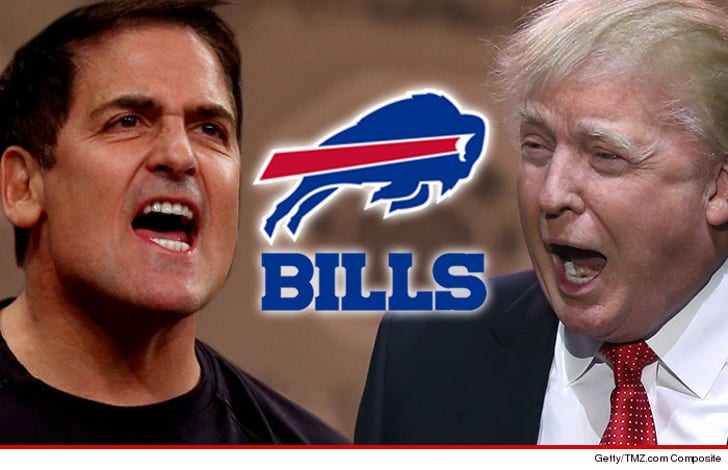 Mark Cuban tells TMZ Sports he does NOT believe Donald Trump can afford to purchase the Buffalo Bills all by himself ... a statement that Trump says is DEAD WRONG.

Trump also says Cuban's a "lightweight whose net worth is a fraction of mine" ... and claims he has first-hand knowledge that Mark sucks at golf.

Here's how it all began ... we reached out to Mark (who owns the NBA's Dallas Mavericks) to get his thoughts about Trump's interest in buying the Bills.

His response: "He cant afford them by himself. So it would be interesting to see what group he put together to buy them. It would make things interesting."

Donald, to put it lightly, disagreed ... and fired back hard at the insinuation his bank account couldn't handle the purchase.

"Mark Cuban is a lightweight whose net worth is a fraction of mine. He was rejected by baseball and probably plenty of others! By the way, I watched him play golf and he is a total non-athlete – zero clubhead speed. He lives vicariously through his basketball players."

Trump added, "By the way, the Dallas Mavericks deal is syndicated and his partners have been fighting him over poor management. While the Bills deal would be easily handled by me, if I chose to do it, almost all sports deals are syndicated."