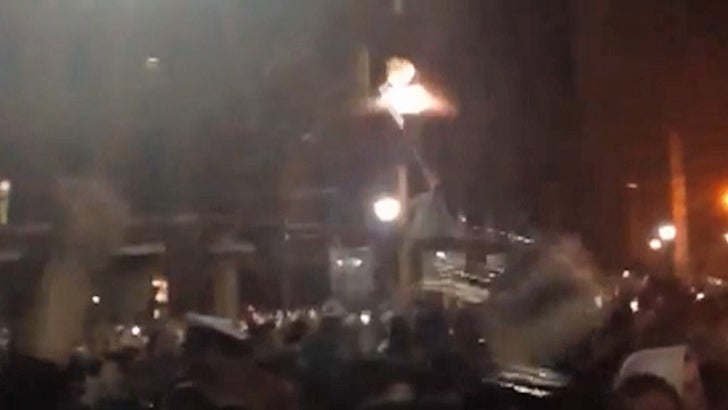 A bunch of violent morons took to the streets in Storrs, Conn. last night -- and destroyed a bunch of property ... all under the guise of "celebrating" UConn's NCAA championship.

It all went down near the UConn campus -- where one dumbass climbed a light post and bashed the light until it shattered, while a crowd chanted, "F**k Kentucky!"

Officials say someone smashed a University office window and furniture was flipped inside the student union.

In the end, campus police say they made at least 30 arrests and used police dogs to break up the crowd. Officials say a lot of the trouble was "alcohol-related."