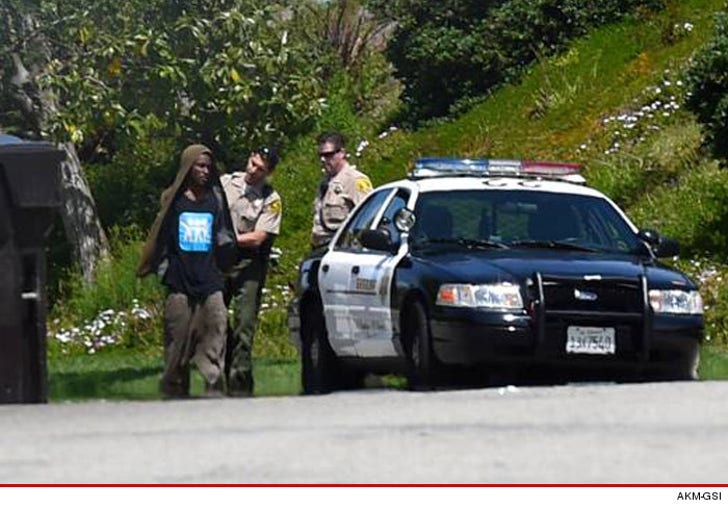 The man accused of stalking Selena Gomez has a connection to Carlos Boozer and TWO other NBA stars ... his shirt, TMZ Sports has learned.

When Che Cruz was arrested last week in Calabasas for allegedly jumping the fence at Selena's home, he was wearing a shirt with a logo for "Cliq App" -- a small startup company with 3 NBA investors ... Boozer, Dorell Wright and Ty Lawson.

We're told ... when the guys saw Cruz wearing the shirt they scrambled to figure out how he got one -- and then, it clicked.

Turns out, one of the founders of the company saw Cruz in L.A. a few weeks earlier and gave him the shirt because he thought he was down on his luck and could use it.

Now, Boozer, Wright, Lawson and the rest of Cliq App are distancing themselves from Cruz -- saying, "We are deeply Saddened that Selena Gomez was violated and had to endure such a frightening incident. The Cliq App is in no way associated with the suspect involved and we are completely against all of his alleged criminal actions."

As for Cruz, he probably won't get anymore free shirts ... but he could be fitted for a jumpsuit in the near future.