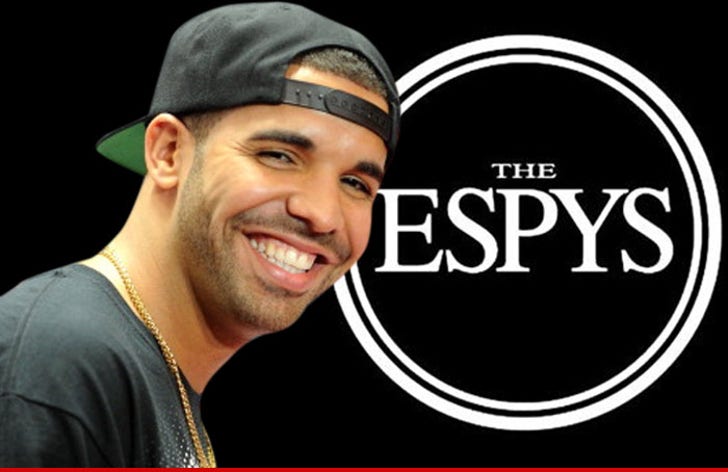 "SNL" paid off big time for Drake ... because his hosting work on the show earlier this season helped him lock up the job to host the ESPYS this year ... TMZ Sports has learned.

Sources connected to the situation tell us ... Drake was extremely passionate about hosting the awards show -- and during talks with producers, he pointed to his widely praised performance on "Saturday Night Live" as proof he could get the job done well.

Drake also made sure producers knew about two other highly regarded hosting jobs he had in the past -- including the 2011 Juno Awards in Canada.

Ultimately, producers saw things Drake's way and offered him the job -- and we're told Drake is fired up and taking it very seriously.

In fact, we're told he's already rehearsing for the July event -- and plans to spend several days every week preparing for the show.