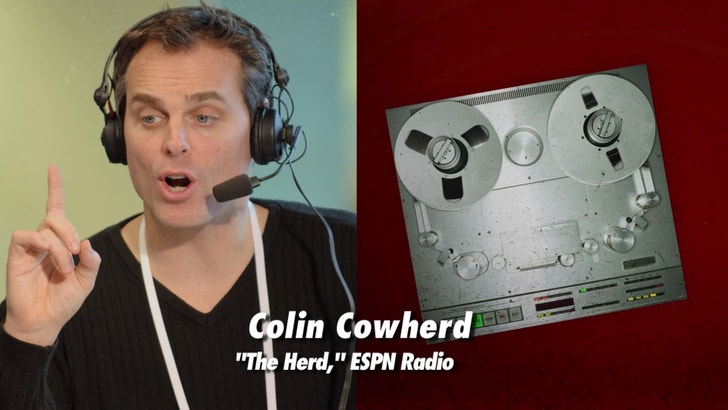 The death of the Ultimate Warrior wasn't shocking or unexpected ... it's par for the course with wrestler who abuse their bodies ... so says ESPN host Colin Cowherd.

Cowherd went on his radio show this morning and said pro wrestlers are dying at an alarming rate -- and at a very young age ... and blames it on a culture of drugs and painkillers.

"The story behind the story is ... drugs, painkiller, HGH ... it's the roll of the dice that pro wrestling dudes with limited options not good enough to play pro sports [take]."

Cowherd didn't specifically accuse Warrior of drug abuse -- but said it's something that nearly all wrestlers acknowledge.

Colin went on to compare wrestling to pro baseball -- saying, "You think baseball season is long? There's is double and they don't get 4 at-bats. They're getting batted on all night."

Cowherd's point -- he wants people to stop pretending to be shocked when wrestlers like Warrior, Mr. Perfect, Doink the Clown die way before their time.