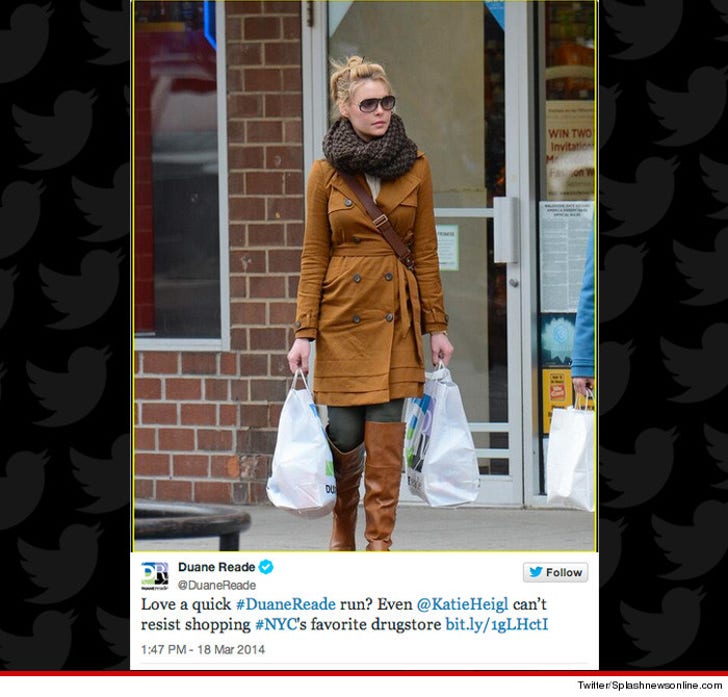 Katherine filed a lawsuit -- obtained by TMZ -- in which she claims she was coming out of Duane Reade in NYC last month, when a paparazzo snapped a pic of her carrying a Duane Reade bag.

So now Katherine is gunning for the drug store chain in court, demanding $6 Mil.

And here's the best part. Katherine turns the lawsuit into a resume, saying, "Plaintiff is a highly successful television and motion picture actress, producer and celebrity." It goes on to list her various credits, adding, "Plaintiff continues to be in high demand in the entertainment industry."

And braggie Katie adds, "A recent search for 'Katherine Heigl' on the Google search engine returned over 3.2 million results." And she says she boasts 754,000 Twitter followers.

Is Rid still a thing?