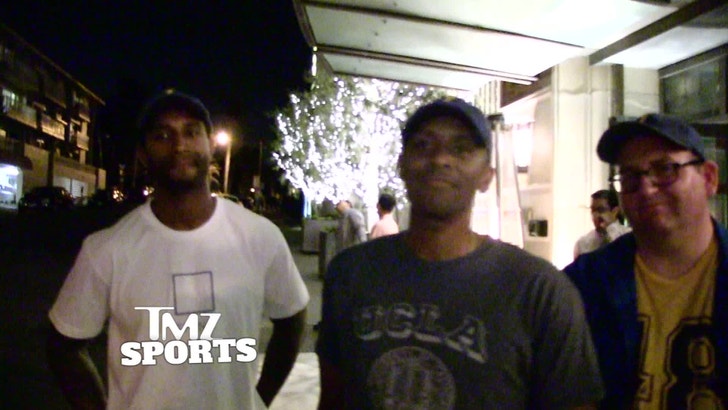 Long before Drake cozied up to Kentucky, there was another major hip hop star who aligned herself with a popular Final 4 team ... QUEEN LATIFAH ... so says former UCLA superstar Tyus Edney.

Tyus was out in Santa Monica last night and told us Queen was such a big fan of the Bruins back in the day, she sent the players a BOTTLE OF EXPENSIVE CHAMPAGNE when they won the championship in '95.

Bonus -- Tyus was out with Andre Johnson (Magic's son) ... and told us they just started a company together called "Where Were You When ...?" which is all about famous moments in sports history.