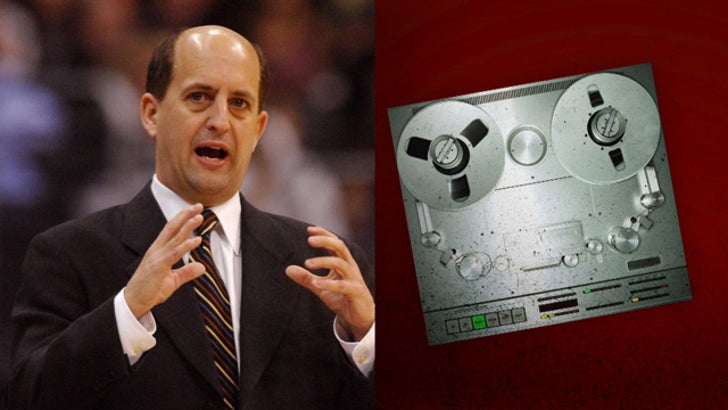 Jeff Van Gundy says he's NOT mad about the on-air ass-ripping he took from Howard Stern -- saying he even thought it was "funny" when the King of All Media called him a douchebag.

The basketball announcer just called in to "The Dan Le Batard Show" on ESPN radio -- and said he was trying to be "jokey" when he said the Knicks should stop giving tickets to Howard if he was going to leave NBA games early.

Of course, Howard didn't think it was funny and spent 10 minutes berating Jeff on his radio show earlier this week -- calling him every name in the book from "douche bag" to "midget" and even "schlub."

It's clear, Jeff is trying to end the fight ... saying he wasn't hurt and took laughed off the attack as a funny comedy bit. Though he did say "schlub" sound pretty bad.

But Jeff did go after another huge star -- Arnold Schwarzenegger -- saying his new movie "Sabotage" is a total piece of crap.

The real question -- why'd he buy a ticket in the first place!?